Are you not picky about foods? these lists of weirdest foods might wanna temp you to dig in. But there are plenty of dishes out there that for a variety of reasons you don’t wanna eat. However, this hasn’t stopped other countries from digging into these recipes. You may cringe but some people simply licking their chops.

One of the most tastiest and expensive food in the world, and probably one of the jaw-dropping wtf facts that you must know about. The nest made by swiftlet birds from their saliva, it cost as much as $4,500 for 450g. They prepare this soup carefully step by step, they clean the nests in water, take out the feces, debris, and after that, they will add the broth mixture.

Even put food in the fridge and forgotten about it,? only to find it months later when cleaning out the fridge, you wouldn’t eat that right? but if it was Hakarl you would. Typically, found in Greenland  Hakarl isn’t just any shark meat, prepare usually used meat from Greenland shark which is highly poisonous due to all the uric acid and trimethylamine oxide.

The only way to detoxify the meat is to ferment it, and this process takes months. First, you bury the meat in a shallow hole and cover it with gravel and large stones, this helps to remove toxic fluids from the but doing so takes anywhere from 6 to 12 weeks.

After that, you cut the meat up into strips and hang it out to dry, it’s another several month before the meat is dry enough to serve. Once it is, you remove now the brown skin, cut the meat into cubes, and eat. If you’ve never eater Hakarl before, know what you’re getting into.

The very name should be enough to put anybody off this food, stink bugs are exactly what they sound like insects that give off a terrible scent. Much like skunks, stink bugs emit their smell when defending themselves and if you like eating bugs this might very well turn you off to the idea of eating these particular ones.

Even so, they’re a popular snack around Africa and countries like Taiwan they’re apparently quite and people love to eat them both alone and mixed in with foods. But worry not for the spice doesn’t come from the stink lands when preparing the bugs for consumption cooks do remove the glands.

READ  Best Free Music Websites That Can Fulfill Your Soul

Eating roast duck is normal, eating duck egg is also normal but eating Balut which is an egg with a duck embryo is just plain bizarre. This off-putting Filipino dish is prepared by taking a duck egg and fertilizing it for several weeks, after about three weeks the egg will be formed fetus complete with feathers, wings, and a beak.

They then hard-boil the egg and serve it to the hungry party who eats the entire embryo straight from the shell. While you may be cringing at the idea rest assured that Balut is not a dangerous food unless you choke on the beak or something.

According to local Filipino belief, Balut is a great libido-boosting aphrodisiac and that’s something to consider for your next dinner date. If you try Balut you don’t have to worry about shelling out tons of money at a fancy restaurant. This is no rare delicacy but rather a normalized snack you can buy anywhere in the country, it cost only 12 bucks for a dozen balut.

There’s no perfect food in this world maybe it tastes good for you but not to someone and it tastes bad for you but it’s delicious to others. After all, it depends on your taste but make it sure that every food you eat makes you happy. 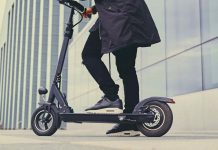 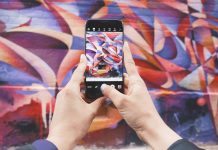 8 Best Android Apps for Photo Editing That You Must Try

Personal Logos- 10 Simple Tips and Tricks That You Can Use

Random and Interesting Facts That You Need to Know

Curiosity is always what motivates people to learn new things and gaining wisdom. The more curious you are, the more...