Since we’re inside lockdown due to COVID-19, most of us are bored to the core. Don’t get it wrong, though. We need to stay inside and help stop the spread of the virus. Here’s to a big shout out to the front to the nurses, doctors, police officers, those in the food business, and everyone else who keeps the world safer. You guys are the real heroes, and you deserve every credit.

Directed by Christopher Nolan, The Dark Knight is one of the few DC superhero films that can match some of Marvel’s cool movies. Not only is the movie full of impressive effects, but it also has an excellent story and a ton of thought-provoking scenes that’ll make any non-superhero fan sit on the edge of their seats.

With Christian Bale playing Batman and Heath Ledger as the Joker, there’s just no shortage of greatness about the film. When it comes to choosing the best movies to watch, you can be sure that the movie, The Dark Knight, is an excellent pick.

One of Marvel’s first movie superstars is Spider-Man. With eight movies, it’s hard to choose which is the best. It may be up for debate, but Spider-Man: Into the Spider-Verse is one of the best among the eight movies. Into the Spider-Verse is an animated film that explores the multiverse, a common thing in the MCU or the Marvel Cinematic Universe.

Basically, the film lets viewers see the many Spider-men of the universe. The film is cool, with fantastic animation and music which can wow adults and children alike. Imagine having to see all the different Spider-Man there is! Due to the film’s success, you can be sure that there will be a sequel in the future.

Aside from Spiderman, Iron Man, a.k.a. Tony Stark is another Marvel darling that most people love and adore. He has three Iron Man movies in the franchise, with an active, significant role in the Avengers. Although the film may miss out on some in-depth details about Tony in the comics, you can still find each Iron Man film enjoyable.

Billed as the MCU’s answer to DC’s Batman, Tony Stark is one of the rare, non-mutant superheroes in the world of superhero movies. He’s a genius, a billionaire, a playboy, he’s a philanthropist, and he’s one of the most beloved Marvel superheroes of all time.

Believe it or not, this superhero team was teased way back 2006 at San Diego Comic-con. Ever since that teaser and Captain America’s shield appearing in Iron Man 2, we all knew Avengers was coming. And boy, did it come. With almost ten years worth of MCU films leading up to Endgame, no one was disappointed. You can be sure that every Avengers movie is worth the time.

Along with Christopher Nolan’s Dark Knight, Logan is another masterpiece in the superhero movie genre. Logan is the closing chapter of one of the most well-known characters in Marvel. The movie takes viewers into a sad yet action-filled view of Logan’s final moments. Although it’s heartbreaking to know that this will be the last film about Wolverine, we all know what the future holds for our beloved characters.

Psychokinesis is one of the rare superhero films that will knock your boots off. First off, it’s not based on any comic book, and it’s South Korea’s first-ever superhero movie. It’s about a janitor who suddenly acquires superpowers. You can expect excellent story-telling with this movie as every part of it is touching and light.

Don’t get it wrong; Psychokinesis isn’t all about drama. The movie also has a lot of action scenes that are worth the watch. Try watching the movie, and you’ll be sure to have a fun time with the family.

Again, let’s all give a big thanks to all the people who make the world safe. You guys are the real heroes. We should let them do their job, and we should stay at home. The movies mentioned above are great reminders that superheroes exist not only in film but in real life as well. Keep safe everyone!

READ  One Punch Man Manga and The Different Versions of the Comic Series! 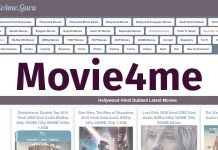 TamilRockers Proxy- Amazing Alternatives Which You Can Explore

How to Set Up a Business Phone System in easy steps?

Planning to expand your business and facilitate communication? The first thing you need to do is set up a business...